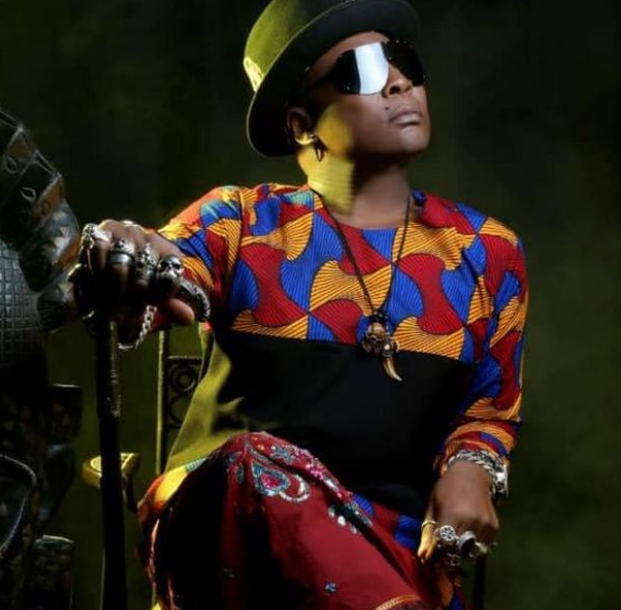 Charly Boy has reacted to being called out by his daughter, Dewy Oputa. Dewy accused her father of gaslighting and using her for clout after he went online to say he's proud to have a lesbian daughter. She claimed he says one thing online just to be "father of the year" but offline he doesn't care if she's alive or not (read here). Charly Boy, aka Area Fada, has now reacted. In an Instagram post, he pointed out that being a parent is hard. He wrote: "Any Fool can have a child and call themselves a Parent. A real Parent is someone who puts that child above their own selfish needs."

In another post, he addressed his daughter's criticisms and said it has opened his eyes and exposed him to the huge growing community of LGBTQ people in Nigeria. He went on to advise parents who have LGBTQ children to be more understanding. He wrote: Urgent Info for Parents.Hummm, ogaooo.I swear Parenting is not an easy somethingoooo.Na me and my Baby, Dewy dey trend these days.Shey una see as my Princess dey tackle meMy post a few days ago, about my daughtersright to her sexuality, opened my eyes and exposed me tothe Huge growing community of LGTBQ’s in Nigeria.Ol boy, e shock me. I can’t lie.My People, as I wake yesterday I setup a hotline for young people who have challenges communicating with their parent/parents, who needed a listening ear. I was on the phone, from 9am till 11.45pm,recorded over a thousand calls before I lost count. I had to shut down, my ears don full. I heard stories dat made me teary eyed, the emotional trauma the LGTBQs community is going through amongst the numerous wahala we face in dis country.Parents must understand that sometimes their child will probably not live the life they dreamed for them and this has nothing to do with being good parents or bad parents. Our influence and nurture for our kids it’s not more than 25%, 75% of their lives is under attack by external influences, social media, peer pressure, what they pickup in school, etc etc.We should sometimes allow our children to unfold but not without guidance and laying good values, morals, believe in self and always encouraging them to be their authentic self, as they grow.Our children have their own hang ups you must know., weather you feel they are childish, immature or fall short of your picture of them. They've struggles too and suffer from internal turmoil—don't make them feel any worse. Imagine their internal struggle when these confusing feelings arise.Our society is filled with hypocrisy, lesbianism/homosexuality started way before social media, predominantly in the north. Now, it in our churches, Nollywood, House of assembly, even in Aso Rock, it’s everywhere my People, and we must educate ourselves to have a better understanding of this phenomenon. 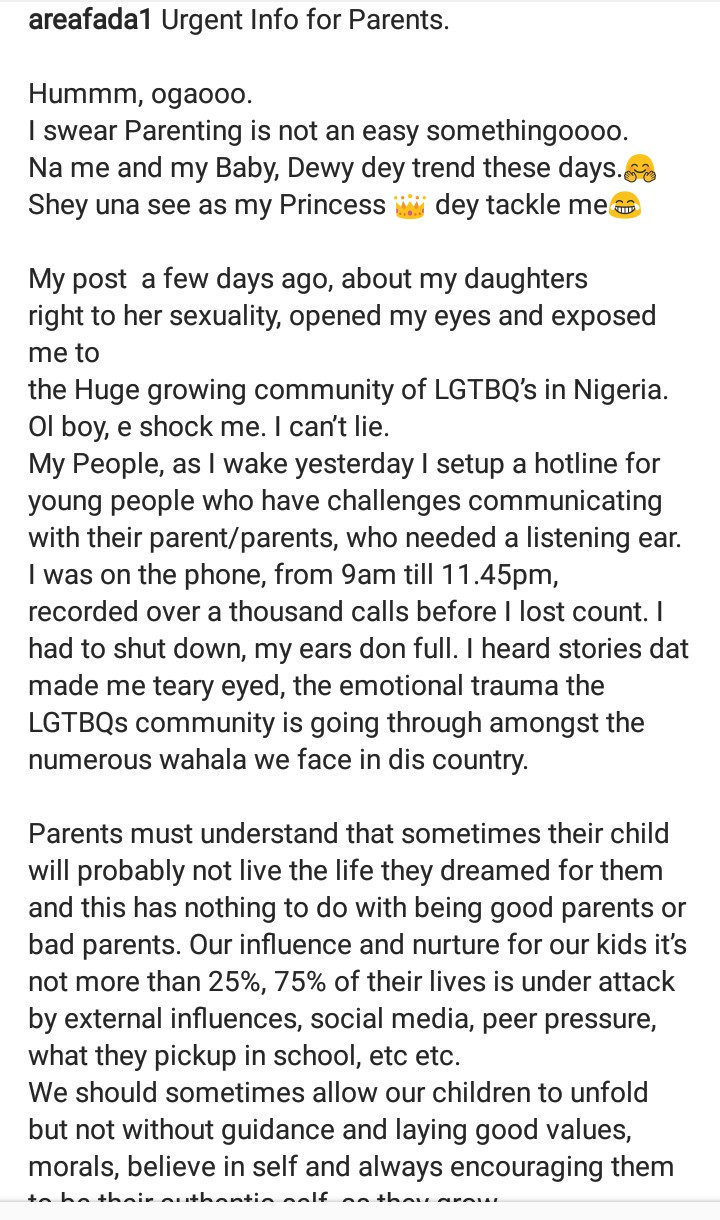 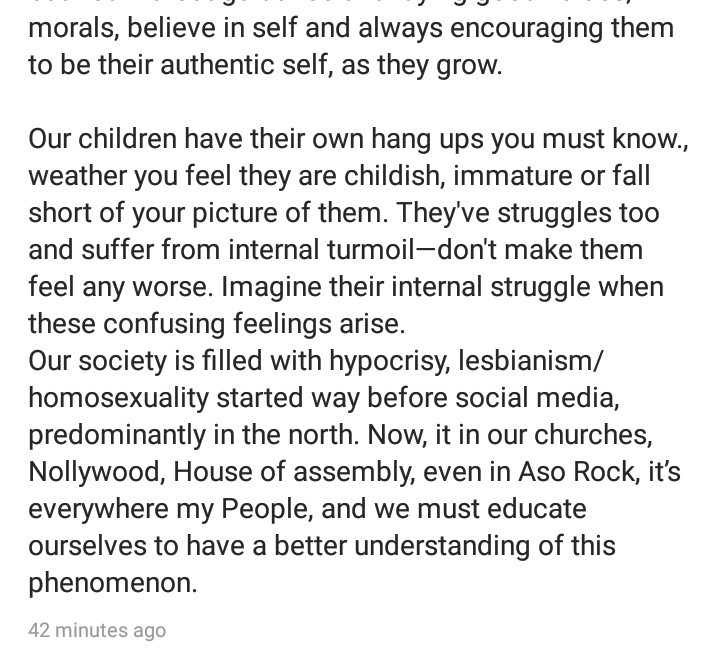 The post Charly Boy reacts to his daughter calling him out on social media appeared first on Linda Ikeji Blog.
Courtesy of spobam