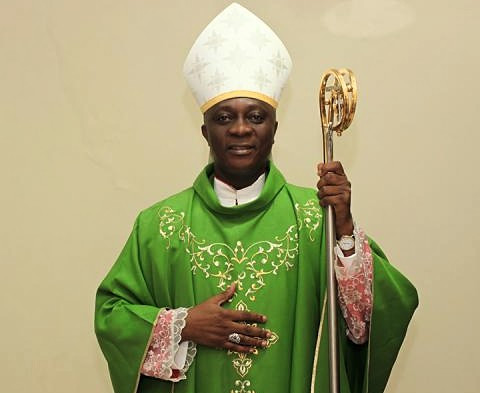 The Catholic archbishop of Lagos, Alfred Martins has warned President Buhari against deploying soldiers to the #EndSARS protest grounds across the country.  The Catholic Bishop stated that deployment of security operatives to the protest grounds can only lead to injuries and possible deaths and an escalation. Martins also advised the youths to continue being peaceful during the protests as the world is watching.  His statement read;  “Such a measure, if adopted, can only lead to injuries and possible deaths, and an escalation of the protests. It has the tendency of turning the largely peaceful protests into a violent one. “We therefore urge the federal government to toe the line of engagement in dialogue, listening to the demands of the youth and other well-meaning Nigerians.“We commend the government for acceding to the demands of the youth. Now, the whole country looks forward to practical steps that would be taken to implement them.“We believe that a sincere and transparent response to the demands of the young people would go a long way in resolving the present impasse.”The post Catholic bishop warns FG against deploying soldiers to #EndSARS protest grounds appeared first on Linda Ikeji Blog.
Courtesy of spobam