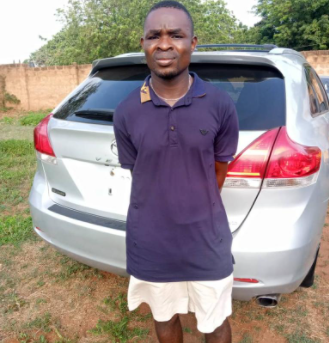 Men of the Ogun state police command have arrested one Kazeem Olanrewaju, who absconded with a Toyota Venza car with registration number APP 775 GB given to him to wash.A statement released by the spokesperson of the state police command, DSP Abimbola Oyeyemi, states that the suspect was arrested, when the DPO Idiroko division CSP Shadrach Oriloye was on routine patrol with his men and sighted the Venza car without a number plate, driven in a suspicious manner. He was there and then flagged down, but instead of him stopping, he started running away.He was hotly chased and apprehended. On searching the vehicle, it was discovered that the number plate of the vehicle was removed and kept in the car.''On interrogation, he confessed that he was working with a car wash in Festac town Lagos State, and he was given the car by a customer to wash while the owner went to a nearby barbing salon to have his hair cut.Before the arrival of the owner of the car, the suspect who was in possession of the car key ran away with the car. He was on his way to the neighbouring Benin republic with the car when he was caught by the DPO and his men.Preliminary investigation revealed that the case was reported at Festac town police station by the owner of the car and the station has been on lookout for possible recovery of the car.The station has since been informed of the recovery.''the statement read in part Oyeyemi added that the state's commissioner of police, CP Edward Awolowo Ajogun, has ordered a thorough investigation into the past activities of the suspect before handing him over to Lagos State Police Command for prosecution. 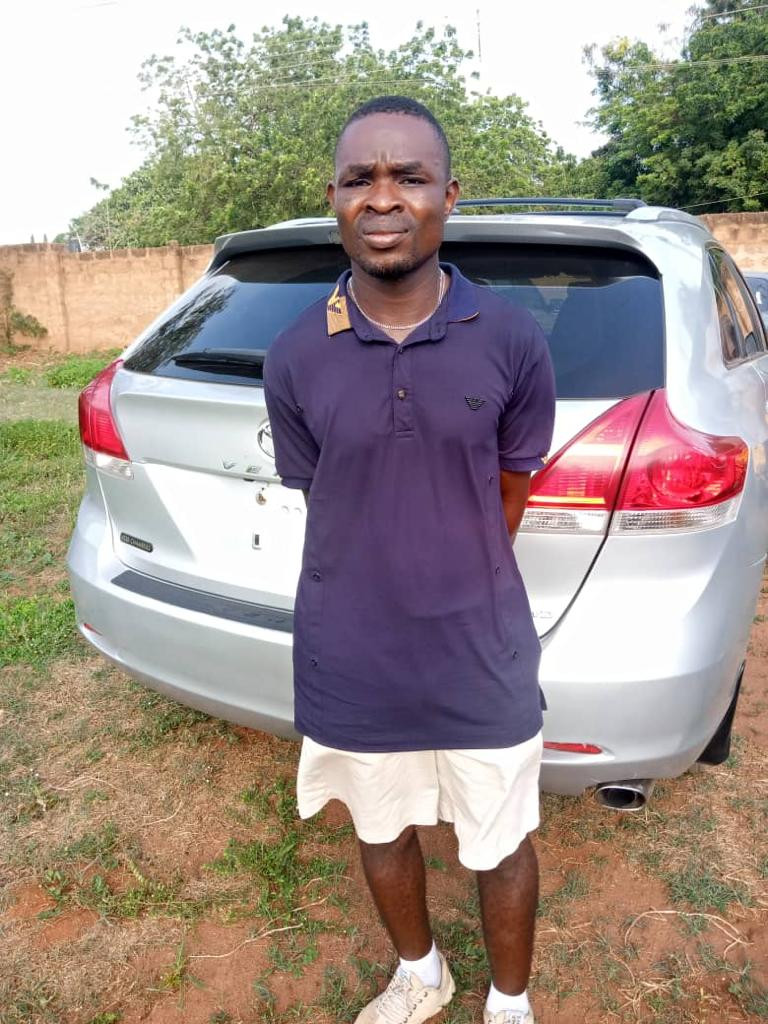