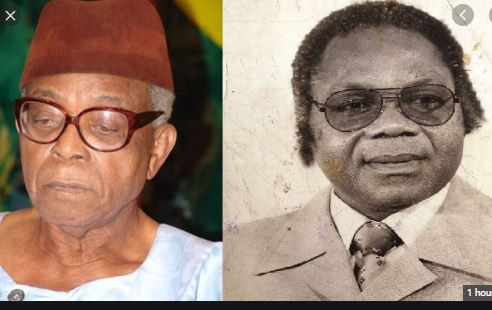 President Buhari has granted presidential pardon to ex-convicts among whom are late Professor Ambrose Alli, late Chief Anthony Enahoro, Ex Lt. Col Moses Effiong, Major E. J Olanrewaju, and Mister Ajay I. Olusola Babalola. The announcement was made by Minister of Interior, Rauf Aregbesola who confirmed that the President also granted presidential pardon to 2,600 inmates nationwide with 70 inmates from Kuje Correctional Centre as beneficiaries. Prof Ali was the governor of the old Bendel State in the Second Republic (1978-1983) and a great progressive while Chief Enahoro was a foremost nationalist who moved the motion for Nigeria’s independence. Aregbesola said the Presidential pardon followed recommendations to the President by a Presidential Committee, and the imperative of drastically reducing the number of inmates in custodian centres across the country due to the outbreak of COVID 19. Minister of Justice, Abubakar Malami who also spoke at the press conference described the 2020 presidential pardon as historic. He also disclosed that the process of selecting beneficiaries started in 2018. Members of the public were urged to receive the beneficiaries without stigmatisation.The post Buhari grants amnesty to late Enahoro, Ambrose Alli and others appeared first on Linda Ikeji Blog.