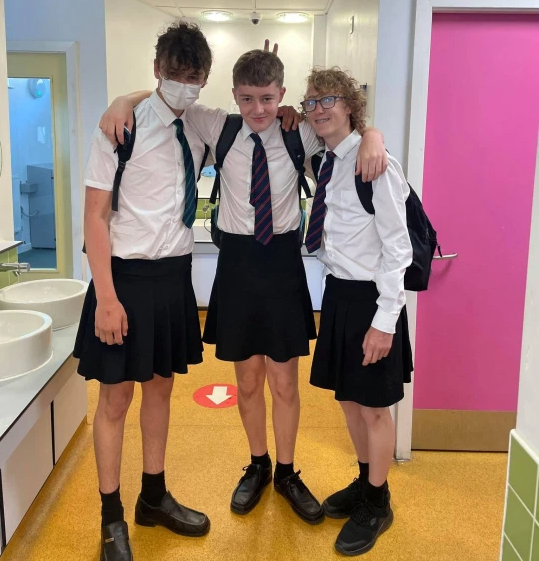 A group of schoolboys who were banned from wearing shorts to school during the heatwave have protested by going to school in skirts. Pupil Adrian Copp, 15, and around a dozen friends swapped their school trousers for Asda skirts to make a stand against the "outdated uniform policy". Their secondary school, Poltair School in St Austell, Cornwall, England, does not allow pupils to wear shorts. But temperatures have soared above 30C this week and students are asking for appropriate clothing. As they couldn't wear shorts, the teenagers have decided to take advantage of a loophole in Poltair School’s uniform policy which allows pupils of any gender to wear skirts. 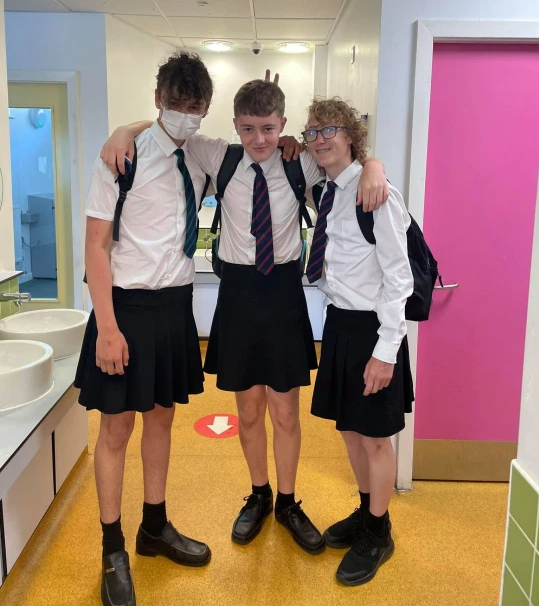 Adrian decided to ask mum Donna Price, 33, if she would buy him a pleated skirt to challenge the rules and plans to wear it for the rest of the week, along with his friends Scott Penman and Connor Humphries. The teens said they have already come under fire by some staff members, who removed them from class and banned them from socialising with friends for 24 hours. Adrian said he hoped the protest would force the school to change their policy not only for the boys, but also for the schoolgirls who would rather wear shorts than a skirt. 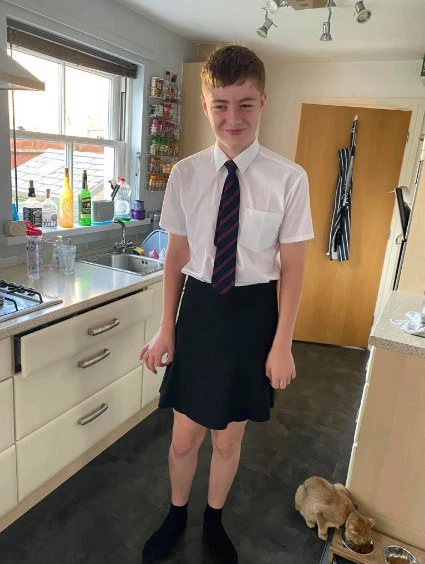 Adrian said: "It was a mixed bag. Some teachers thought we were messing about. But there were others who cheered us on. "There were a group of Year 8 boys who were clapping and cheering us. "We were removed from classes and banned for socialisation for 24 hours but we were let go because they couldn’t find anything to pin us on. "We haven’t broken any rules. "We just want everyone to have the option to wear shorts in this heat and that goes for the girls too." Adrian explained how uncomfortable it is to wear trousers in the heat and said he has so far found wearing a skirt "a lot cooler definitely".The post Boys wear skirts to school in protest after being told they cant wear shorts in heatwave appeared first on Linda Ikeji Blog.
Courtesy of spobam