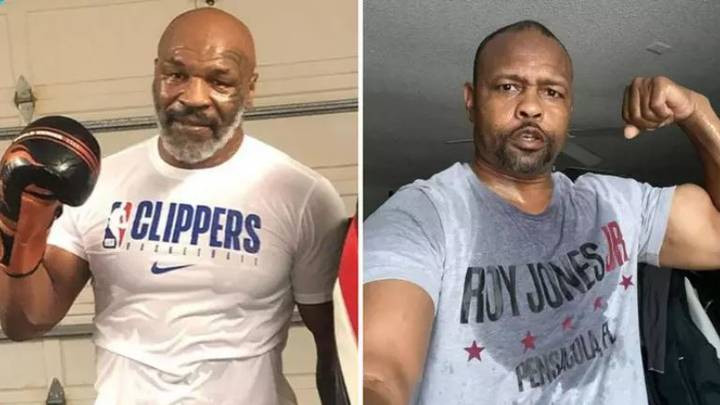 American boxing legends, Mike Tyson and Roy Jones Jr will battle it out in the ring for an exhibition match on Saturday, November 28.Ahead of their fight, they have been told not to try and knock each other out as there will be no judges scoring the exhibition bout.The California State Athletic Commission has said none of the boxers should be looking to win by KO as it's an exhibition match. Commission executive director Andy Foster told Boxing Scene: “We can’t mislead the public as to this is some kind of real fight."They can get into it a little bit, but I don’t want people to get hurt. They know the deal.“It’s an exhibition. They can exhibit their boxing skills, but I don’t want them using their best efforts to hurt each other."They’re going to spar hard, but they shouldn’t be going for a knockout. This isn’t a record-book type of fight."This is not world-championship boxing right now. It’s not what this is. People shouldn’t be getting knocked out."The public can see what kind of shape Roy and Mike are still in.” Tyson, 54, and Jones, 51, will not box with head guards on but will wear thicker 12oz gloves, instead of the regular 10oz.Despite being urged to avoid KOs, without judges only a stoppage will guarantee a winner.The post Boxing legends, Mike Tyson and Roy Jones Jr. told not to knock each other out as there will be no judges in their exhibition bout on Saturday appeared first on Linda Ikeji Blog.
Courtesy of spobam