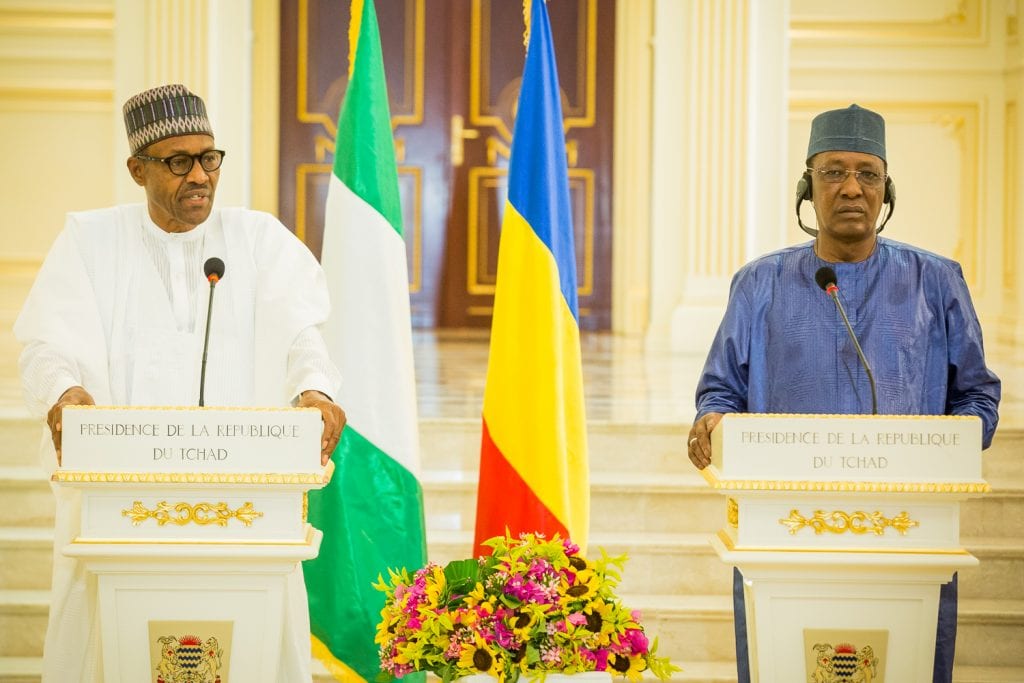 The Chadian Embassy has issued a statement on recent comments attributed to its President, Idris Deby Itno, which criticized Nigeria’s President, Muhammadu Buhari over the war with Boko Haram.

It will be recalled that some online news mediums quoted President Deby as recently saying that “President Buhari was absent from the war against Boko Haram” in the wake of an astounding victory against the sect.

However, in a statement on Wednesday evening, expressing concerns over the development, the Chadian government described the reports as “fake news” adding that Deby made those comments in 2015 not recently.

“The Embassy of the Republic of Chad to the Federal Republic of Nigeria hereby informs the public opinion that for some time now, misleading videos and images dating back to 2015, with dubious origins have been circulated on the web and in some online or print media designed to wrongly attribute to His Excellency, Idriss Deby Itno, President of the Republic of Chad, completely distorted remarks, taken out of its context and alleging
inaction or non-participation of the Nigerian army in the fight against Boko Haram.”

“The Embassy of Chad strongly rejects and denounces this regrettable misinformation which only aims at deteriorating the excellent relations that exist between Their Excellencies, President Idriss Deby Itno and His Brother and Counterpart, President Muhammadu Buhari, as well as the cooperation and exemplary and dynamic interaction, established between defence and security forces of both sister and neighbouring countries bound by history, geography, culture and blood.”

“The Embassy commends the spirit of mutual understanding, regular consultations and active solidarity, never reached in the past, which characterizes the relations the two sister countries and the two leaders.”

“This new dynamic which also translates in a more and more efficient effort of the defence and security forces of both countries deserves to be consolidated and appreciated at its just value.”

“It is important for the Embassy to point out the imperative necessity to figure out and understand the deep qualitative development that has occurred in all areas of bilateral cooperation. Nigeria is the number one economic partner of Chad and security challenges as well as common sustainable development requires further rapprochement between the two nations.”

“To this end, the Embassy trusts it can rely on all categories of press organizations to adequately explain the stakes related to the common destiny of both countries towards sub-regional and continental integration. The cooperation established in the framework of the Lac Chad Basin Commission (LCBC) and the common fight carried out together within the Multinational Joint Task Force (MJTF) are perfect illustrations. Nothing can distract both countries and people from their goal which is to restore peace, security and stability in the whole sub-region for a sustainable development mutually profitable to both Nigerian and Chadian people.” the statement read. 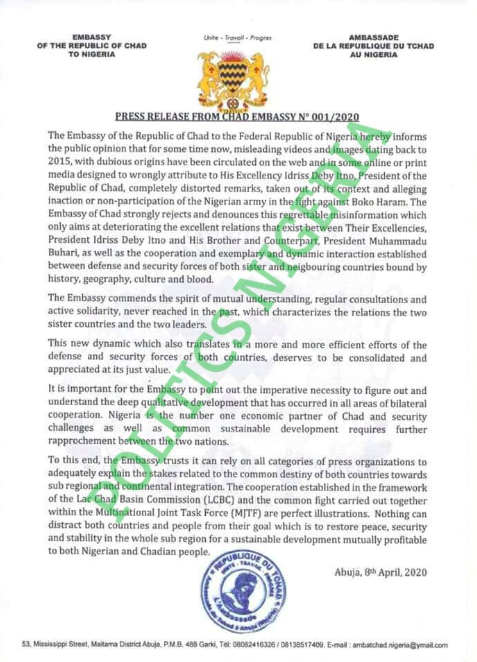