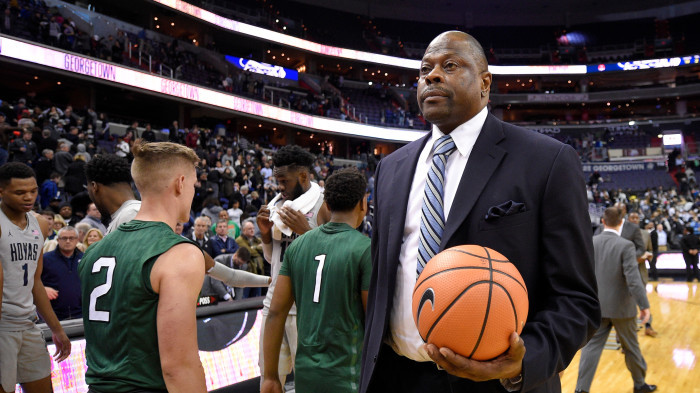 Hall of Fame basketball player, Patrick Ewing has been hospitalized after testing positive for Coronavirus."I have tested positive for COVID-19," Ewing said in a statement on Friday night. "This virus is serious and should not be taken lightly. I want to encourage everyone to stay safe and take care of yourselves and your loved ones." Ewing is the head coach of Georgetown University, the college he represented early on in his playing days before transitioning into the NBA.Georgetown University said in a statement: "Ewing is under care and isolated at a local hospital. He is the only member of the Georgetown men's basketball program to have tested positive for the virus." Ewing played most of his career as the starting center of the NBA's New York Knicks and also played briefly with the Seattle SuperSonics and Orlando MagicHe spent 17 seasons in the NBA and all but two of those with the New York Knicks, who he helped to the Eastern Conference title in 1994 and 1999. Ewing was inducted into the Naismith Memorial Basketball Hall of Fame in 2008.  The post Basketball legend, Patrick Ewing hospitalized after testing positive for Coronavirus appeared first on Linda Ikeji Blog.
Courtesy of spobam