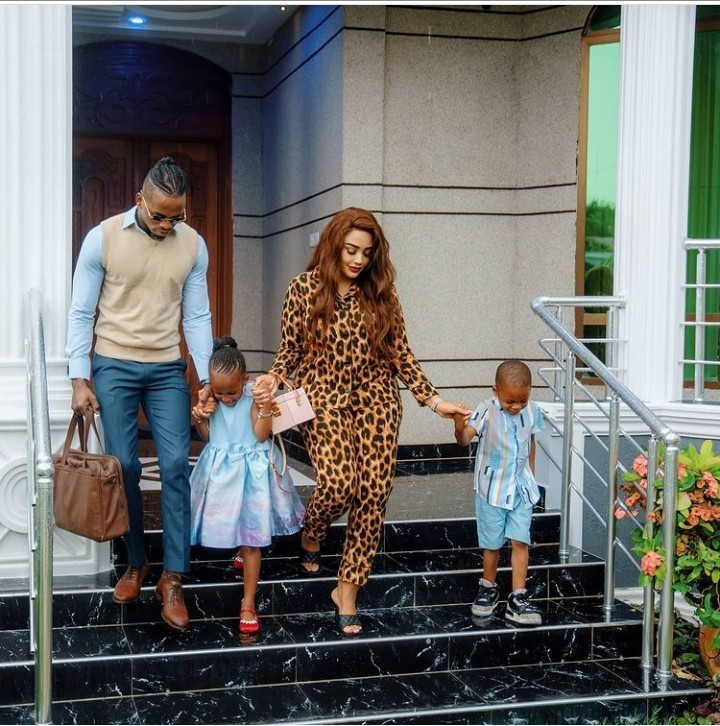 Ugandan socialite Zari Hassan has shared a photo of herself, Tanzanian singer Diamond Platnumz, and their kids amid rumours of a reunion. Zari and Diamond had a messy breakup on Valentine's day in 2017 after she alleged he cheated on her. She had just forgiven him for having an affair with Tanzanian model Hamisa Mobetto and they were trying to work things out when fresh rumours emerged claiming the singer had yet another side chick hence her decision to end the four-year relationship, saying she was tired of being disrespected.   After their nasty breakup, they stopped talking. Zari later accused Diamond of being a deadbeat dad to their kids Nylan and Tiffah. Diamond went on to get engaged to his Kenyan girlfriend Tanasha Donna Oketch. They had a son in 2019 and broke up soon after. With Diamond single again, there were speculations he and Zari had reunited, especially after she shared a video where she was dancing to Diamond’s ‘Baba Lao’ track and he replied praising her dancing skills. But Zari shut down the speculations of a reunion.  She reignited the speculations today by sharing a video of her, Diamond, and their kids, with the caption: "As long as my babies are happy… the rest is background noise." 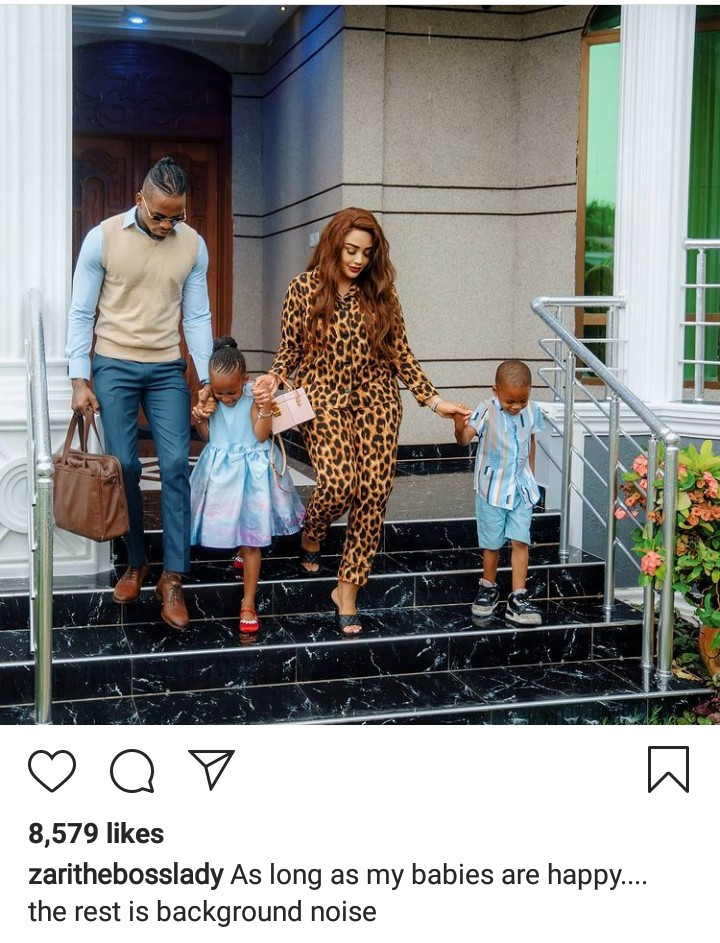 The post “As long as my babies are happy, the rest is background noise” Zari says as she’s pictured with Diamond Platnumz and their kids following reunion rumours appeared first on Linda Ikeji Blog.
Courtesy of spobam