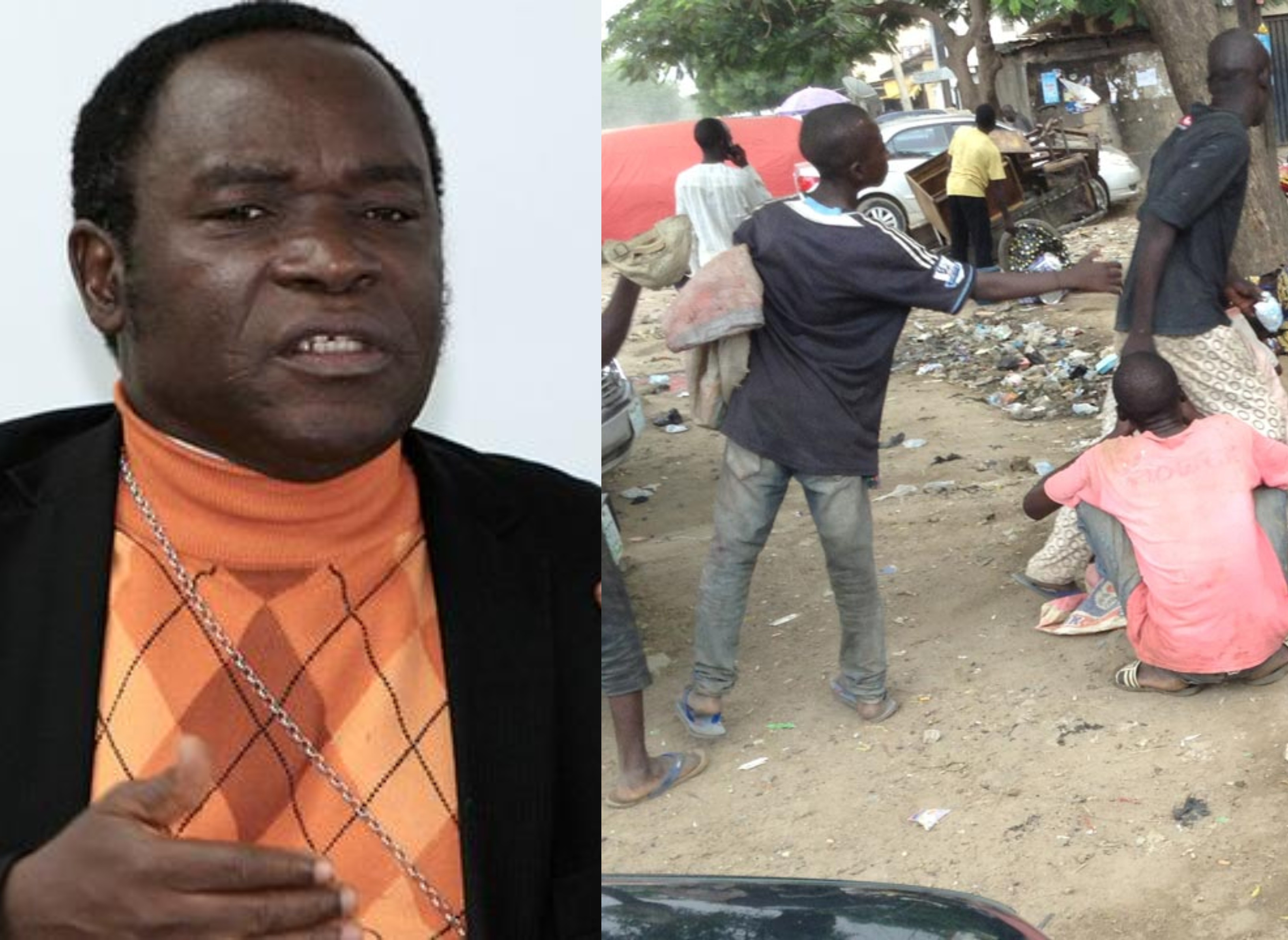 Matthew Hassan Kukah, the Catholic of Kaduna has described "Almajiri children" as the victims of northern Muslim elites.  The Catholic Bishop who made the blistering remark in a paper in which he also accused northern Muslims of perpetrating the “domination” and “persecution” Christians in the region, averred that the almajiri system was ordinarily good and “much treasured” part of Islamic history. Premium Times reported that he further disclosed that found a similarity of the Almajiri system in Christianity by giving an example of the role of catechists in the Catholic Church. Bishop Kukah insisted that the northern Muslim ummah must accept full responsibility and see the Almajiri as part of the huge baggage of their failure to prepare for a future for their people. He wrote in the paper;  “The Almajiri has become a scapegoat for the multiple sins of the Nigerian state in general and the Muslim Umma in particular. As usual, as of now, the northern elite will do what they do best: hide in the sands of self-deception, knowing that this will blow over and soon, no one will remember again.“The Governors indicted themselves when they said that it is time to act now because the Almajiri has outlived his usefulness. At least they have admitted their complicity and the fact that the Almajiri system had always been a tool for political and economic forms of transaction.“Here is my thesis: With regards to his condition today, the Almajiri is an object, not a subject, is a victim, not a perpetrator, sinned against rather than a sinner."The almajirai (plural for almajiri) and their mallams (teachers) are blamed for being dirty and unkempt, miscreants, delinquents, nuisances to the society, petty thieves, prospective Boko Haram recruits, a stigma, an assault on our collective social sense of decency.“Their Mallam is charged with many sins including child abuse, abduction, human trafficking, exploitation, physical abuse, hard labour, enslavement, etc. So, we identify the Mallam and his Almajiri more by their crimes than their names. They are spoken about and not spoken to.“In the media reports, no one bothers to give them a voice of their own. They do not speak for themselves. If they had a chance, for example, they might say: Everyone calls me, Almajiri. No one has asked me my name. We are in the millions but have only one name. I have no name. I have no father. I have no mother. I have no home. I have no town. I have no tribe. I have no address. The streets are my home. I do not know if I have brothers or sisters. I am an Almajiri. No one knows if I have feelings. No one has ever asked me what I want to be in life. I live for today and for the sake of Allah. I have no tomorrow except Allah gives me. Tomorrow is in the hands of Allah. “The challenge for the Muslim Umma in northern Nigeria is to answer the question, where did all this go wrong? Where was the Almajiri supposed to go at the completion of his studies? Was there a career path? How and why did the Mallam and his Almajiri, a much-treasured part of Islamic history, deteriorate to the status of the scum of the earth? I do not have the answers to these questions, but I wish to raise a few issues for the attention of the northern Muslim Ummah.“First, the northern Muslim ummah must accept full responsibility and see the Almajiri as part of the huge baggage of their failure to prepare for a future for their people.“They left their people in the lurch as the modern state emerged, providing no further rung on the ladder of progress for the Almajiri as part of the future for their children.“With both he and his Mallam left behind in the cave of ignorance about the modern state, they grew to fear life outside the cave. They have remained trapped in time. The new world of modernity was presented as a contaminant to the purity of Islamic knowledge.“So, while the modern elite equipped themselves and their children with the armour of western education, the Mallam and his Almajiri were left behind in the twilight zone of ignorance, fear, anxiety, disorientation and discomfiture, treating those outside with veiled contempt.”The post Almajiris are victims of Northern Muslim elites Bishop Kukah appeared first on Linda Ikeji Blog.
Courtesy of spobam