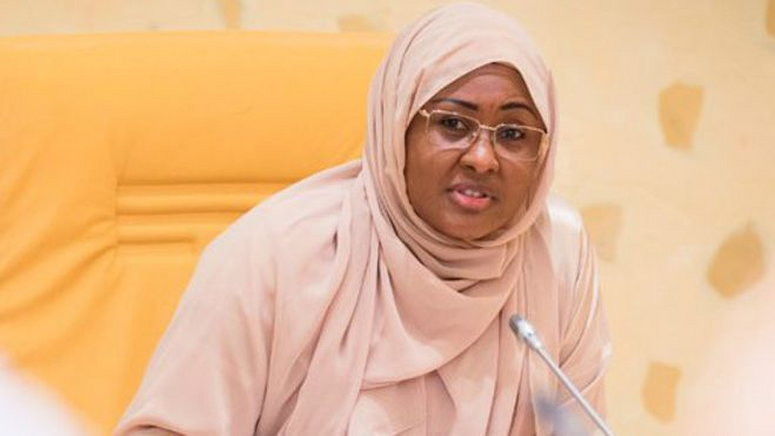 Aisha Buhari, wife of President Buhari, has reportedly been flown to Dubai, United Arab Emirates (UAE), for medical treatment. According to a report by DailyTrust, the first lady suffered persistent neck pains after returning from a condolence visit to Florence Ajimobi, the widow of a former governor of Oyo, Abiola Ajimobi. The first lady was said to have gone on 14 days isolation after visiting Ajimobi’s family in Lagos state. However, after the isolation, the president’s wife reportedly continued to experience the pains, prompting the trip to Dubai for medical attention. She is said to be in a stable condition.The post Aisha Buhari reportedly flown to Dubai for medical treatment appeared first on Linda Ikeji Blog.
Courtesy of spobam