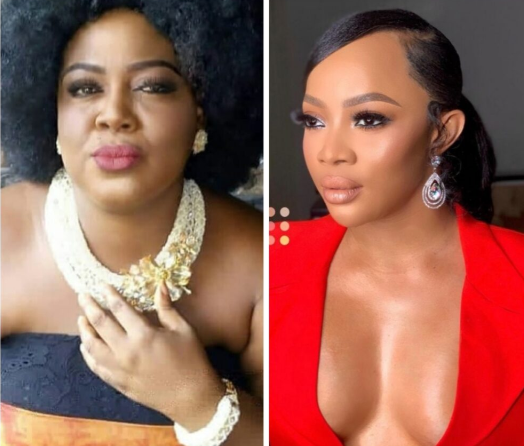 Actress Uche Ebere has shared her two cents in response to Toke Makinwa's post that she's craving love. Toke Makinwa took to Twitter to write: "Love is hungrying me ooo."

Nollywood actress then replied to a post about Toke's tweet by shading women who say they don't need a man only to later start looking for love when they are older. She wrote: "I doon't need a man, I can be without a man, what a man can do woman can do better, husband is not an achievement, blablablablabla, Osetigo deceiving young girls, but when they reach to a certain age they will now realize that a man is very important in a woman's life just like a woman is important to a man's life. "See, money is not enough, a woman that has money without a man by her side as a husband worth nothing to important mattered, the earlier our young girls know this, the better for them." See the rest of her post below. 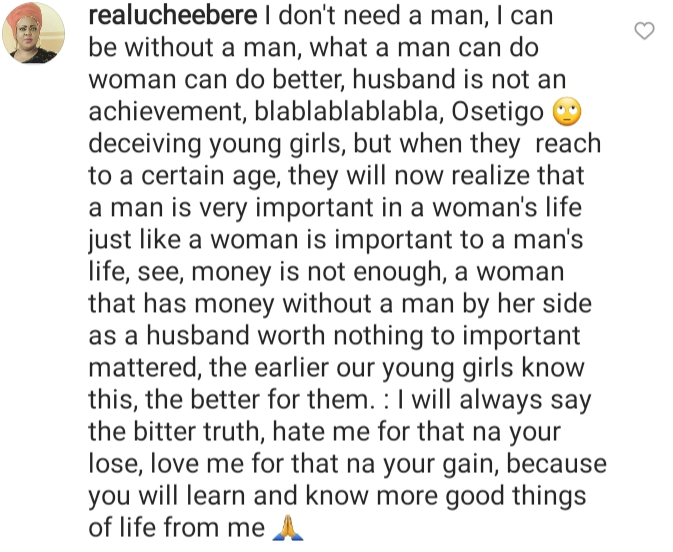 The post “A woman that has money without a man by her side as husband is worth nothing” Actress Uche Ebere shades Toke Makinwa after she tweeted about craving love appeared first on Linda Ikeji Blog.
Courtesy of spobam