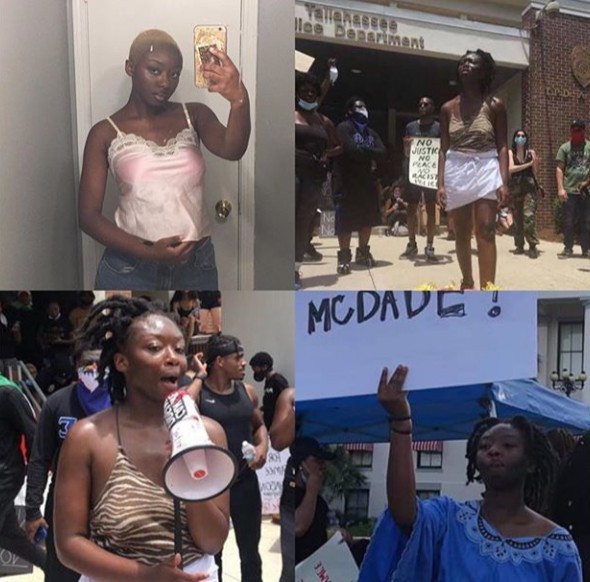 A Nigerian woman who went missing days ago in Florida, after tweeting about being sexually assaulted, has been found dead. 19-year-old Oluwatoyin Salau was last seen in a CCTV footage on June 10 at about 7:03 pm at Monroe Street, Tallahassee, Florida. 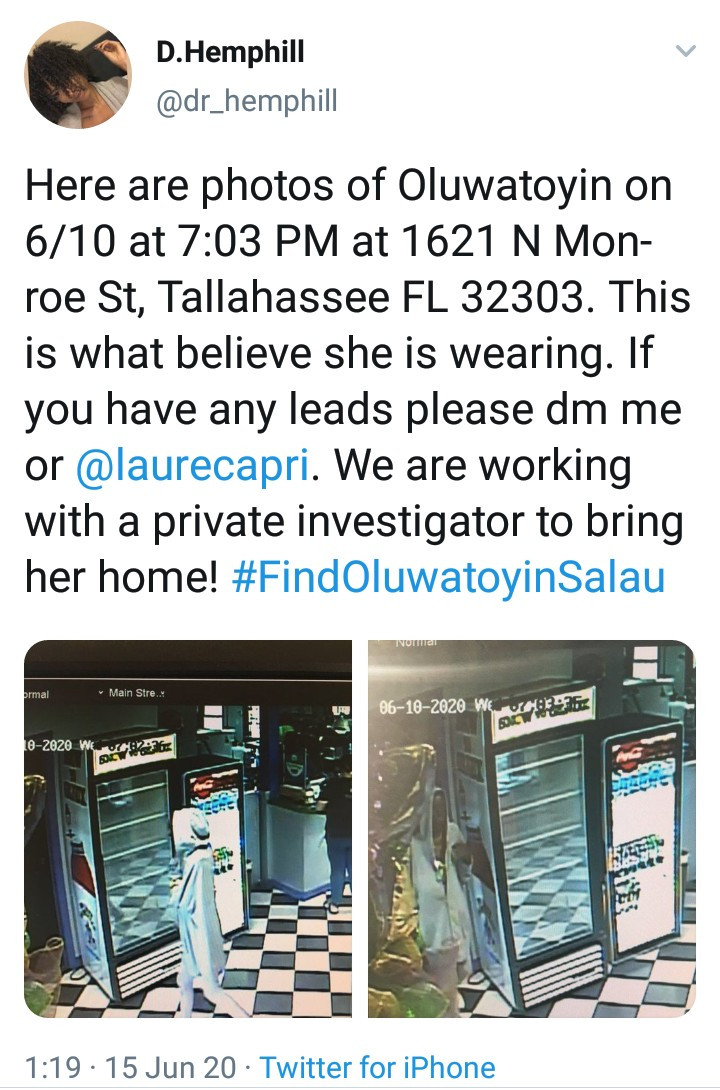 Friends and loved ones took to Twitter, asking people to help find her. Unfortunately, last night, Tallahassee Police Department announced that two women were found dead in South Wood and a suspect is in custody. Friends revealed on Twitter that one is Toyin. 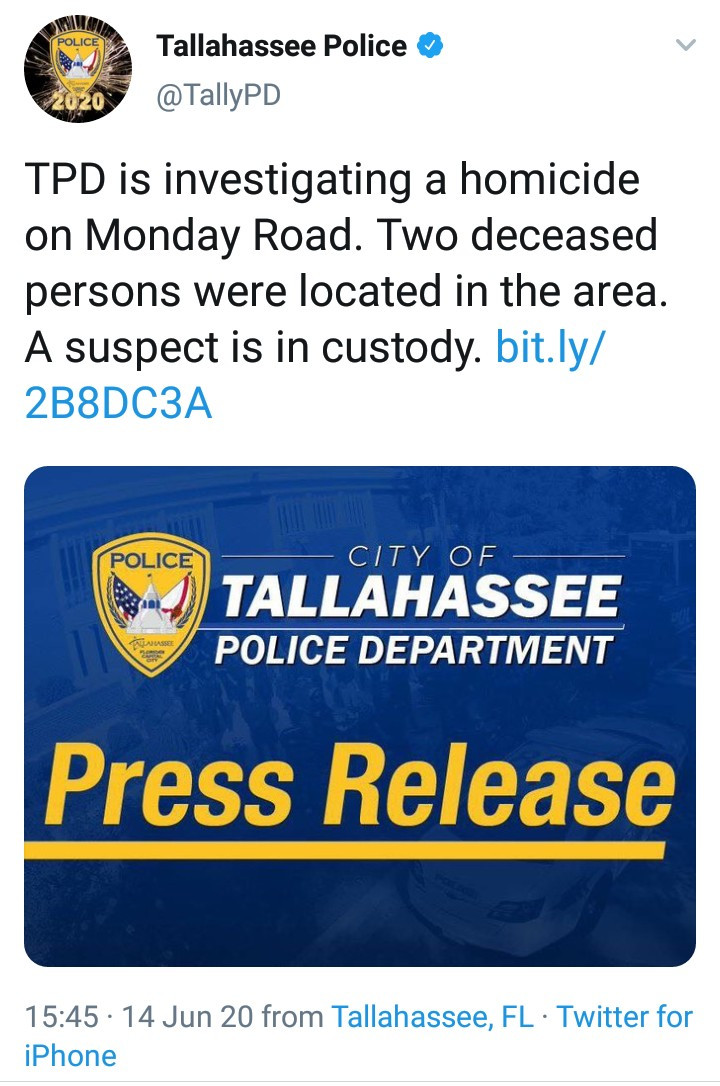 Toyin's last tweets were posted on June 6. She narrated on Twitter how she was sexually assaulted that day by a man who offered her a ride when she was stranded after the Black Lives Matter protest. Toyin, a race activist, took part in a Black Lives Matter demonstration in the Tallahassee area on June 6. Afterwards, she said a Black man disguised as a man of God offered to give her a ride to church to pick up her things. He ended up subjecting her to sexual assault. She tweeted about it and revealed that she reported it to the police. Unfortunately, she went missing afterwards and was later found dead. Below are tweets from her friends announcing her death and Toyin's last tweets revealing she was sexually assaulted. 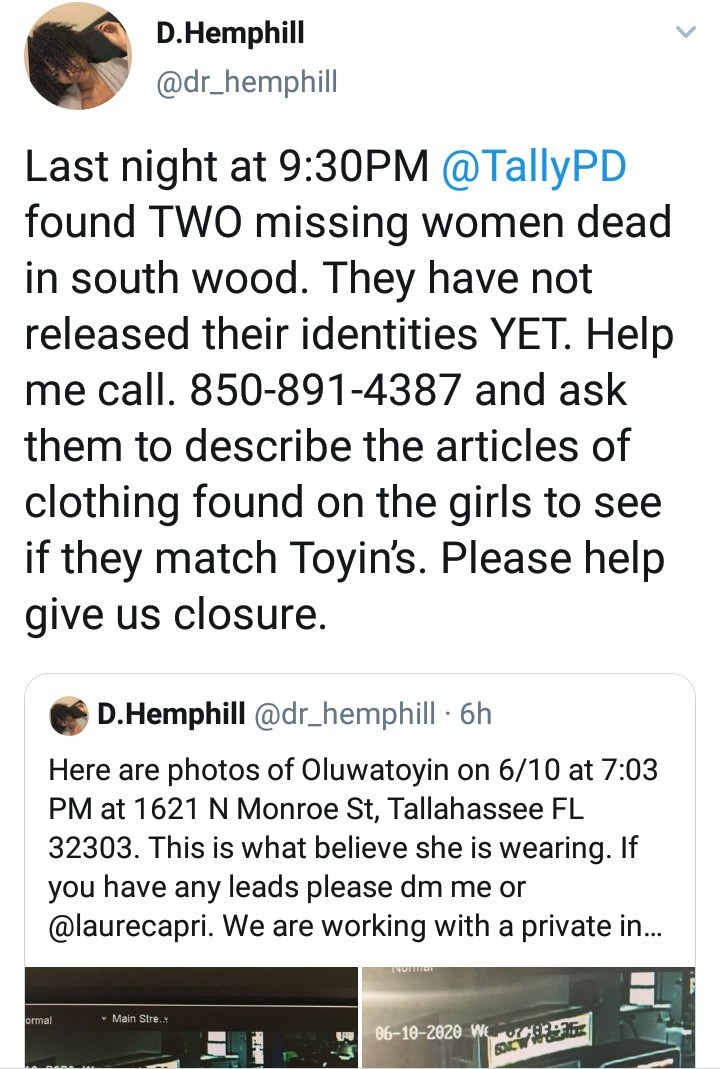 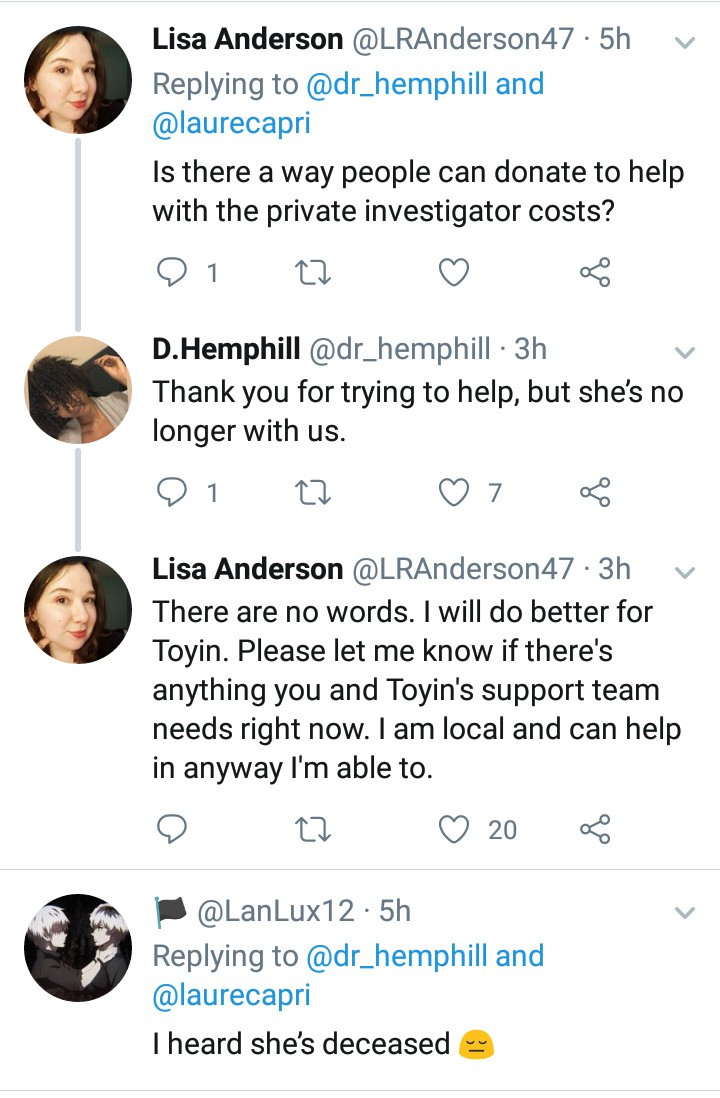 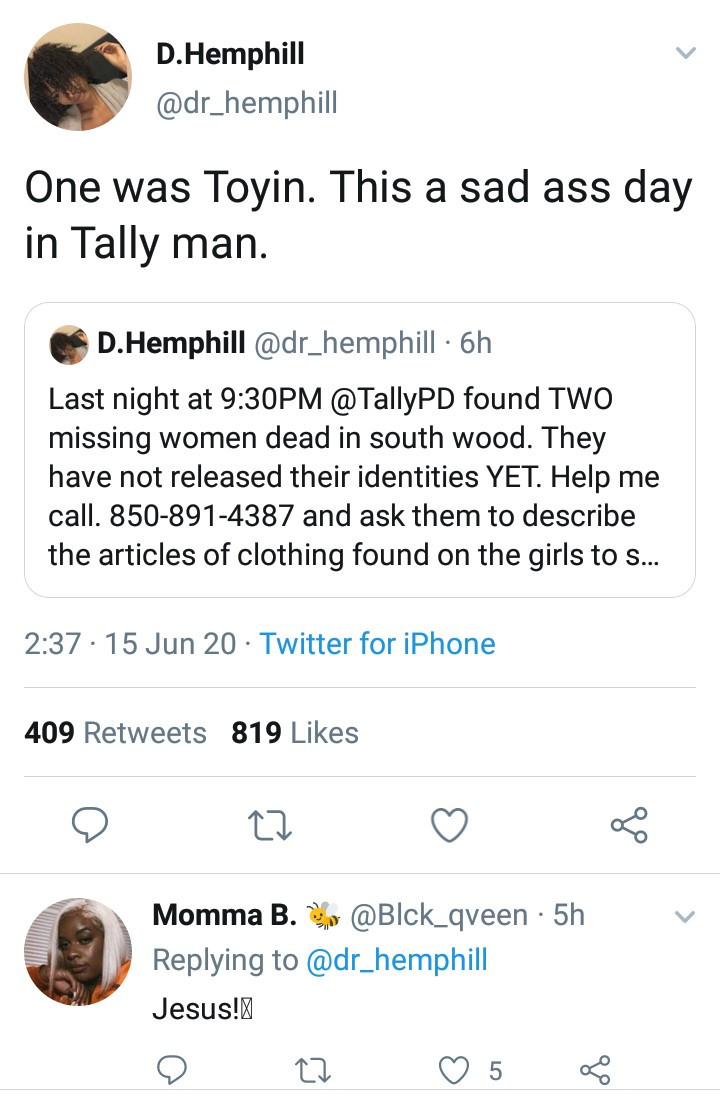 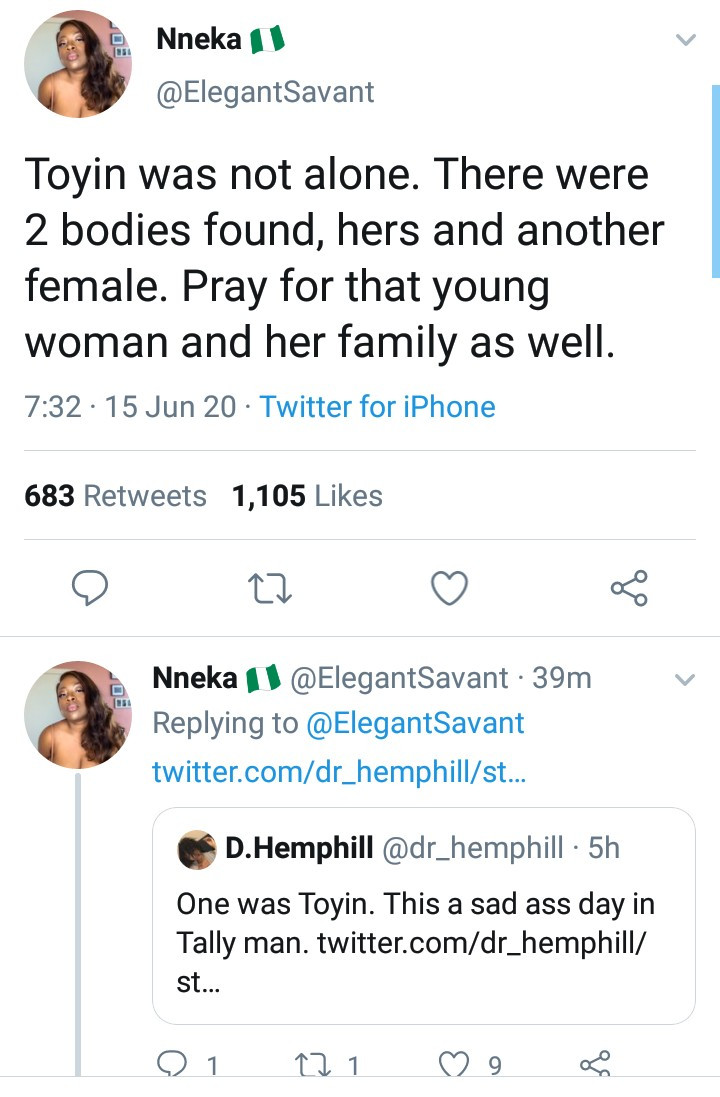 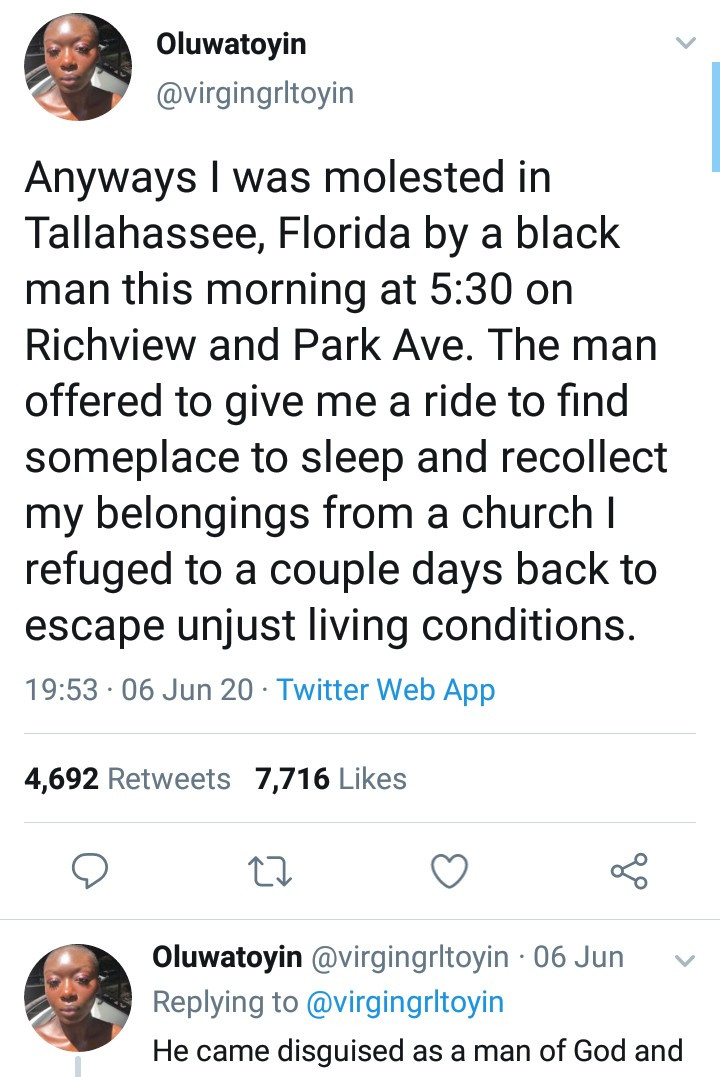 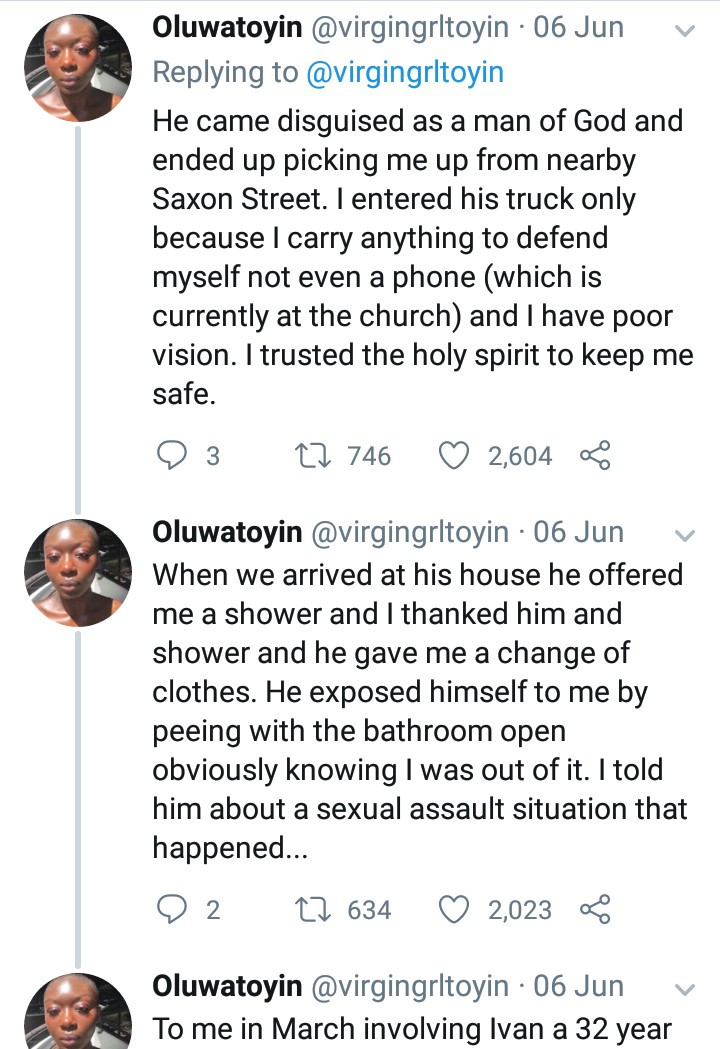 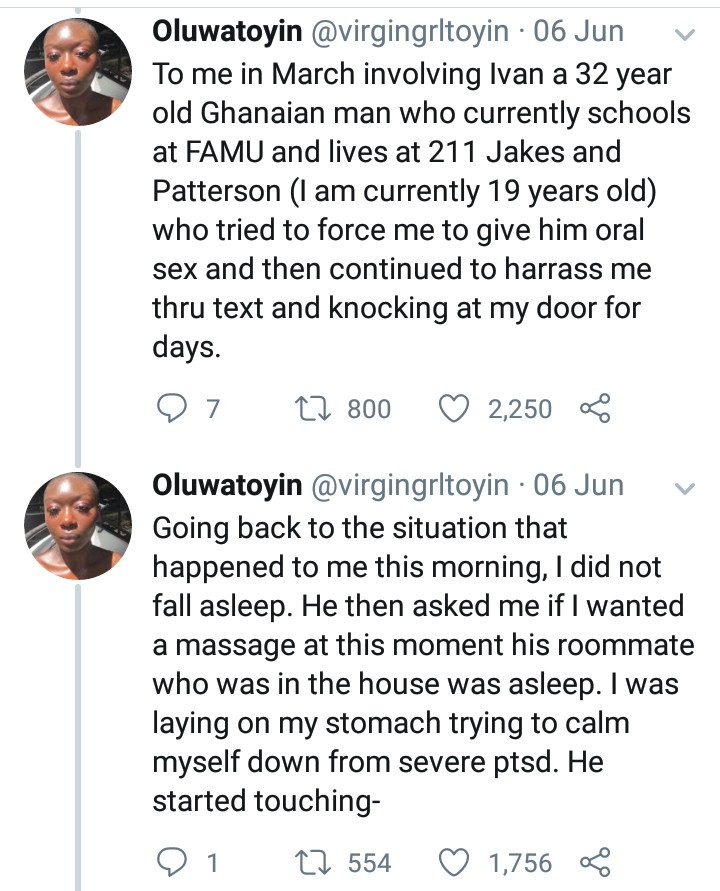 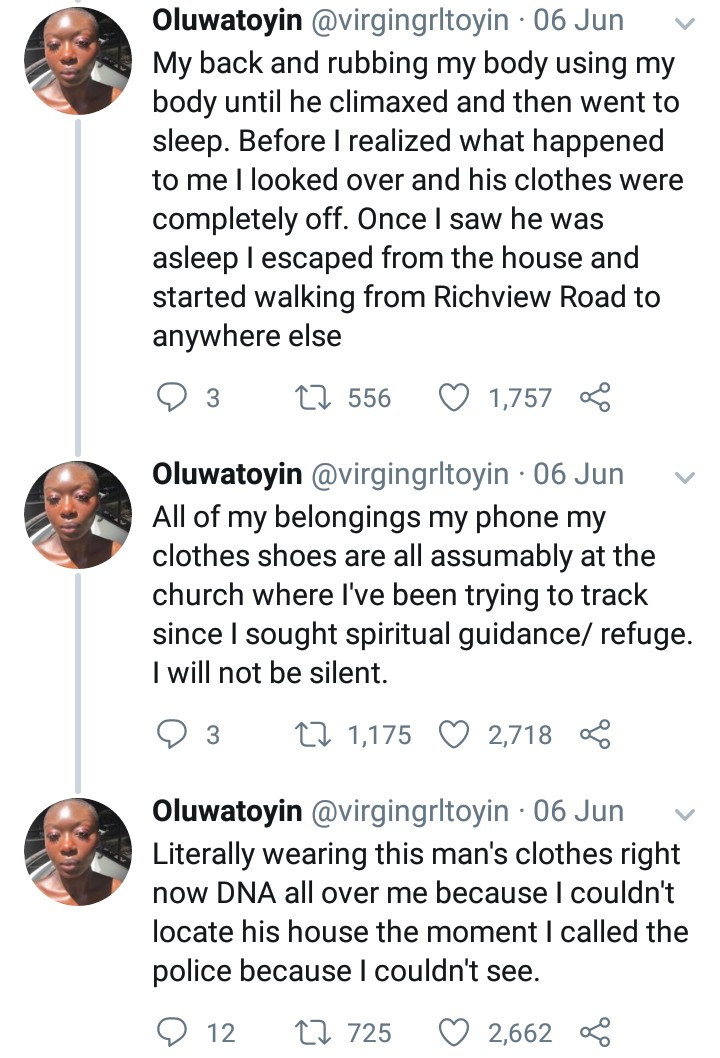 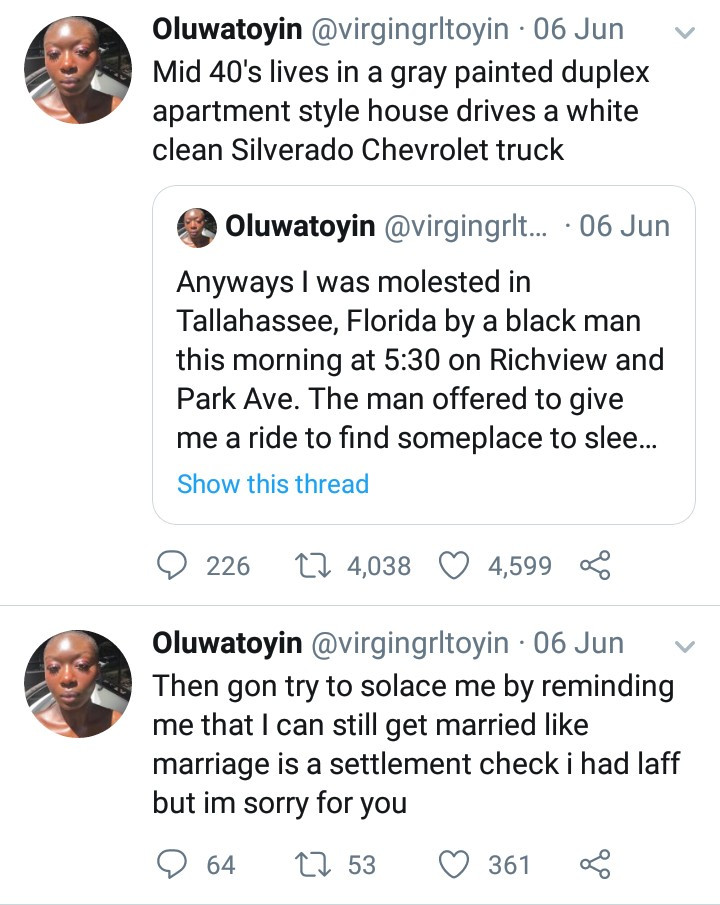